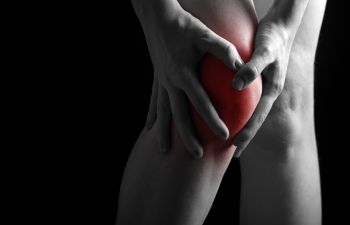 Named after the 19th century surgeon who first described the condition, Dr. William Morrant Baker, Baker’s cyst is an accumulation of fluid that forms in the hollow of the knee joint. This is also called a popliteal cyst. It forms a bulge at the back of the knee. For many individuals, the predominant symptom is only the protrusion. If it is a large cyst, it may limit the range of motion in the knee joint. Other possible symptoms are swelling, pain and stiffness in the joint.

Injury and the Baker’s Cyst

The knee joint is lubricated by synovial fluid. This helps the joint move freely and reduces friction. When you experience an injury to the knee, or you have degeneration from arthritis, inflammation can develop and stimulate the production of more synovial fluid.

This over production of fluid caused by tears in the cartilage or the effects of arthritis can lead to the development of a popliteal cyst. Generally, these cysts are small, about 2-8 mm, but rarely one will grow to be as large as the size of a baseball.

A blood clot, tumor or aneurysm can have a similar appearance as a Baker’s cyst. For this reason, if you have a lump on the back of your knee, even if it is not painful, you should have it examined. Your doctor will want to rule out other causes for the protrusion and develop an effective treatment plan.

Diagnosis of the problem may include non-invasive imaging tests such as ultrasound scans, MRI or X-rays. Ultrasound uses high frequency sound waves to generate an image of the internal structures. MRI, or magnetic resonance imaging, uses radio waves in addition to a large magnet to produce images.

A popliteal cyst can disappear on its own without intervention for some individuals. Treating the injury to the knee or arthritis condition may also cause the cyst to resolve without direct treatment. If the cyst does not go away, your doctor may drain it using a needle to aspirate the fluid.

A large cyst may need additional treatment, and it may reappear later. Medication or a corticosteroid injection may be recommended to reduce the inflammation. This may also eliminate any accompanying pain.

Knee pain and lumps behind your knee should be addressed as soon as possible to rule out problems that could leave you incapacitated. Find out what is causing your knee problems and get effective treatment when you schedule an appointment with Dr. Farzin Kabaei.