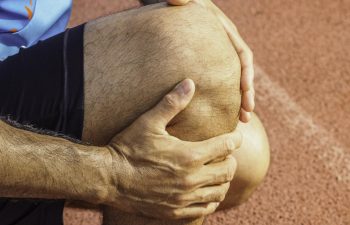 What Is IT Band Syndrome?

The IT band runs from the hip joint down the outside of the leg to the top of the tibia (shinbone). It is made from a fibrous tissue that connects the hip to the tibia. The role of the IT band is to help stabilize the outside of the knee joint while providing help with hip extension. When this band rubs against the bones in the knee, it can become irritated and inflamed, a condition called IT band syndrome.

Symptoms of IT Band Syndrome

Knee pain is one of the symptoms of IT band syndrome, but it is not the typical knee pain that accompanies a knee injury or degenerative condition. The pain is on the outside of the knee and may radiate up into the thigh. Most people do not experience pain when bending the knee or placing weight on the knee like a knee injury.

Other IT band syndrome symptoms including swelling above the knee. Those with this condition may also notice a popping sound when they run or jog as the IT band snaps over the end of the femur. IT band syndrome is often referred to as runner’s knee, as it is common among these athletes.

Treatment for IT Band Knee Pain

Mild IT band knee pain can be relieved with rest and the use of OTC pain relievers. Icing the knee can help reduce swelling and provide some pain relief. However, if you continue to have knee pain, it is important to have your condition properly diagnosed. Medical treatment for IT band syndrome is usually non-surgical – steroid injections and physical therapy to strengthen the muscles surrounding the IT band are the most common treatments.

If you have knee pain and other IT band syndrome symptoms, come see us at Robotic Hip and Knee Replacement LA. Call our office in Los Angeles, CA to schedule a knee examination with Dr. Farzin Kabaei.